A decision by the United Nations could instigate a review of cannabis scheduling in the United States.

The United Nations has announced that it will conduct a critical review of cannabis to determine whether it should continue to be banned under international law, Marijuana Moment reports.

The review, which is expected to begin in November, will be conducted by the World Health Organization’s Expert Committee on Drug Dependence (ECDD) which makes recommendations to the UN regarding internationally prohibited substances.

In June, the ECDD released a pre-review that called cannabis “relatively safe,” and admitted that there have been no recorded deaths attributed to the substance.

The pre-review also acknowledged that cannabis has a wide range of therapeutic benefits that could benefit patients diagnosed with cancer, epilepsy, chronic pain and opioid dependence.

As Marijuana Moment’s Tom Angel reports, the results of the review could be significant, not only because it’s a historic first, but also because it could have a direct effect on the legal status of cannabis in individual countries. 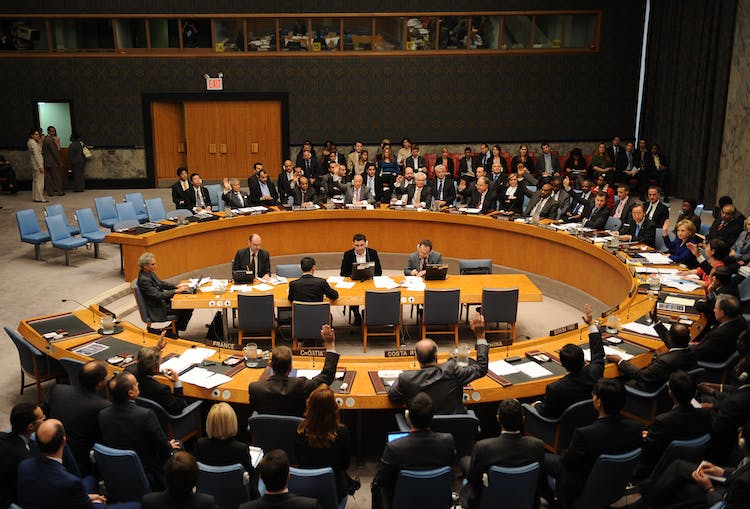 The United Nations Security Council Session on Women, Peace and Security votes on a resolution to address sexual violence in armed conflict September 30, 2009, at UN headquarters in New York. The session is chaired by US Secretary of State Hillary Clinton (R, in blue).

In the United States, for example, the federal government would be obligated to conduct its review of cannabis to consider whether its banned status within the country is warranted. Under the provisions of the Controlled Substances Act, which bans marijuana across the United States, the Department of Justice must conduct its review of a substance if there is a change in America’s international treaty obligations. Since substances are banned internationally under the treaties known as the Single Convention on Narcotic Drugs and the Convention on Psychotropic Substances, the United States would be obligated to adapt its policy if changes are made.

However, there is no guarantee that a change at the UN would result in a change within the US, as the policy allows the Attorney General and Secretary of Health and Human Services to determine whether controls instituted by the UN are strong enough.

In April, as the UN launched its initial review, it essentially forced the Food and Drug Administration to issue a request for public comment on whether the substance ought to be banned and whether it had any therapeutic benefits.

Australia Has Issues A Quarter Million Cannabis Prescriptions Since 2016

Medical Cannabis Associated With Sustained Improvements In Anxiety And Depression

The problems That Can Occur With Mailbox Order Brides to be